A lot has happened with Pennsylvania and its sports betting industry. From bookmakers and casinos applying for a license en masse to quite a handful remaining at the fringes. However, this is set to change with the state’s latest surge in gaming and betting interest. Now, SugarHouse Casino in Philadelphia is also on its way to make a formal submission.

Pennsylvania can already be quite proud of what it has achieved over the last few months. A third of its casinos are already signed up and true – there has been a lot of hesitation. As far as this goes, it’s understandable to see everyone dithering around and worried about investing in a sector that has both a steady competition and hasn’t quite been given the green light.

But cognizant of their mistakes, quite a few operators are finally catching up. SugarHouse Casino is amongst them and the operator has now made its formal submission to be allowed into the fraternity of these clubs.

Speaking of the No camp, there have been quite the profound movement there. We saw Hollywood Casino make a determined push on the segment, hoping to clasp a license itself. Then, Parx Casino thought that the original animosity that it had demonstrated towards the change was a bit over-exaggerated. Of course, as it is and rather humorously, too, Parx saw the err of its ways and re-applied.

The Parx Family Joins as Well

Parx Casino was not the only property to make a formal request to be in on the sports betting bonanza. Not entirely, not quite. Greenwood Gaming & Entertainment, the company that does in fact owns Parx also applied for a sports wagering license for a South Philadelphia betting facility.

Meanwhile, the final word is with the Pennsylvania Gaming Control Board (PGCB) which will have to deliberate on the requested licenses and come up with a final decision. Even then, this process is likely to take until the end of October.

Initially, casinos had to pay a rather more flexible fee, but as the deadline expired, every casino will now have to pay $10 million to obtain a licence for a single activity.

But this is not the most troubling part for business owners. Not quite at least. The taxation is deemed to be rather too onerous for the businesses to deal with it and this has been eating at the heart of all casinos – including those that have been dithering over the decision.

With 36% requested in taxation, it’s easy to see why quite a few operators would rather raise an eyebrow than readily cough up. A lot can happen and given the state’s revenues that haven’t caught up to New Jersey’s (nor is there such a prospect just yet), nobody really knows if the investment will pay off for all the casinos.

Regulation has been rather lax, though, despite the solid tax rate. Some laggards have decided to give it a shot after all. However, they will really have to stop and think twice before making commitment of any sort. 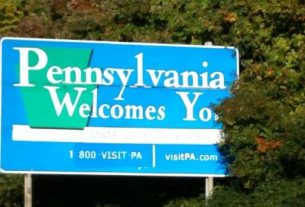 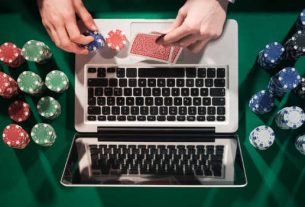